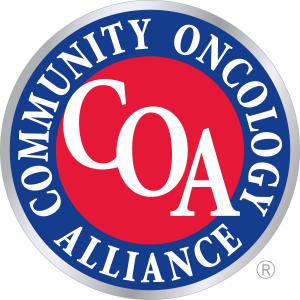 Physicians and their patients should not be held hostage by the BBB as currently written.”
— Ted Okon, COA

WASHINGTON, DC, UNITED STATES, November 15, 2021 /EINPresswire.com/ — The Community Oncology Alliance (COA), a national non-profit representing independent oncology practices and the patients they serve, is warning Congress that the way drug pricing provisions in the current draft of the Build Back Better (BBB) Act are implemented threatens the cancer care system and must be fixed.

Failing to fix the BBB will leave Medicare reimbursement for drugs below the cost of acquisition, while also adversely impacting commercial reimbursement, which is simply not viable. The bill will have the unintended consequences of fueling independent practice closures, driving more care into the much more expensive hospital setting, and reducing patient access, particularly in rural or underserved areas.

“Physicians and their patients should not be held hostage by the BBB as currently written,” said Ted Okon, executive director of COA, and emphasized the BBB Act will have dire consequences if not fixed. “Patients with cancer have been the true victims of nearly two decades of Federal policymaking that has decimated our nation’s community oncology system. In some communities, there is no longer a low-cost, high-quality independent oncology practice, but instead patients are forced into the much more expensive hospital system. The irony should not escape anyone that while the BBB attempts to bring down drug prices for Americans with cancer and other diseases, the way it is implemented will do exactly the opposite – drive up drug costs.”

COA is calling on Congress to fix the BBB by requiring drug manufacturers to directly refund the government excess costs above the negotiated or “maximum fair price” (MFP). This creates a direct transaction between the government and drug manufacturers, not putting unnecessary pressure on independent physicians, such as community oncology practices, already struggling to provide high-quality, affordable cancer care to patients in their communities across the country. Any pricing concessions must be exempt from manufacturers’ calculation of Average Sales Price (ASP) so that provider payment rates are not artificially reduced. Including them risks a death spiral of reimbursement to unsustainable levels.

Oncologists wholeheartedly agree that the cost of cancer care in the United States is too high and support efforts to fix the system. This should include addressing unsustainable prices for cancer treatments and ancillary therapies, the destructive impact of pharmacy benefit managers (PBMs), and enthusiastically supporting efforts to reform cancer care delivery. However, Congress must be careful with the unintended consequences of poorly written technical language in major legislation.

About the Community Oncology Alliance: The majority of Americans battling cancer receive treatment in the community oncology setting. Keeping patients close to their homes, families, and support networks lessens the impact of this devastating disease. Community oncology practices do this while delivering high-quality, cutting-edge cancer care at a fraction of the cost of the hospital setting. The Community Oncology Alliance (COA) advocates for community oncology and smart public policy that ensures the community cancer care system remains healthy and able to provide all Americans with access to local, quality, affordable cancer care. Learn more at www.CommunityOncology.org. Follow COA on Twitter at www.twitter.com/oncologyCOA or on Facebook at www.facebook.com/CommunityOncologyAlliance.