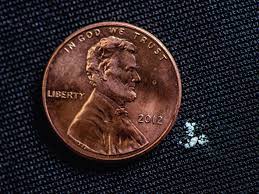 Comparison of a U.S. penny to a potentially lethal dose of fentanyl (U.S. Drug Enforcement Administration) 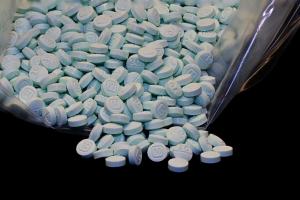 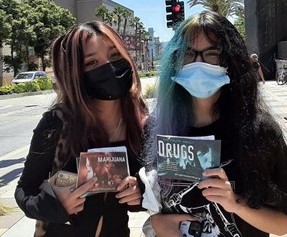 While officials and others argue about what category to put fentanyl in, drug education advocates step up their warnings about the deadly drug

WASHINGTON, DISTRICT OF COLUMBIA, UNITED STATES, November 11, 2021 /EINPresswire.com/ — Youth and adults alike are dying from fentanyl-laced drugs while various public and government officials, including Congress and criminal justice advocacy organizations, debate whether fentanyl should be permanently classified as a Schedule 1 drug (in the same category as LSD and heroin). Stories from around the country about people dying from overdoses flood the news.

“Debate as you wish,” said Rev. Susan Taylor, faith liaison for the Foundation for a Drug -Free World. “Meanwhile people are dying. Solutions are needed now. Drug education outreach must be increased.”

Drug education advocates including those from the Foundation for a Drug-Free World have stepped up their public warnings as well. The Foundation for a Drug-Free World in Washington, DC, collaborates with drug education advocates from the US Attorney’s Office, the police department and other agencies and non-profit organizations to reach more with the warnings about the extreme dangers of fentanyl being maliciously and criminally added to other drugs in fake prescription pills.

All one has to do is search the internet for “fentanyl deaths (state)” to see the alarming stories from every single area of the country.

Where are these drugs coming from?

A DEA 2020 intelligence report stated, “While Mexico and China are the primary source countries for fentanyl and fentanyl-related substances trafficked directly into the United States, India is emerging as a source for finished fentanyl powder and fentanyl precursor chemicals.”

A September 2021 news report from El Paso, Texas, stated: “The drug cartels are the biggest public safety threat across the border in Juarez, driving up homicide and addiction rates, law enforcement officials there say. But here in El Paso, a new synthetic drug is quickly becoming Public Enemy No. 1. Overdose deaths involving fentanyl have increased sixfold in the past three years in El Paso County. Fentanyl seizures also have spiked more than 500 percent from 2018 to 2020.”

While these facts are important to know, Rev. Taylor and others are echoing the DEA’s nationwide warning that one never knows what they are taking. She warned that everyone needs to be on the alert. As the DEA warned, “Counterfeit pills are illegally manufactured by criminal drug networks and are made to look like real prescription opioid medications such as oxycodone (Oxycontin®, Percocet®), hydrocodone (Vicodin®), and alprazolam (Xanax®); or stimulants like amphetamines (Adderall®). Fake prescription pills are widely accessible and often sold on social media and e-commerce platforms – making them available to anyone with a smartphone, including minors.”

FOX 5 TV news in Washington, DC, reported, “Deadly drugs made to look like prescription Xanax, OxyContin and Adderall are being sold to kids on social media apps, DEA Washington warns. Investigators have seized these drugs from people who did not know they were fake. … The DEA Washington Division has confiscated thousands of counterfeit pills over the past few months and laboratory tests have found over one in every four pills amounting to 26% have contained a deadly amount of fentanyl. These fake pills are loaded with the synthetic opioid fentanyl and are designed to look exactly like actual pharmaceuticals, which are flooding into the District of Columbia, Maryland, and Virginia.”

Drug education advocates in the Washington, DC, metro area work closely together to help spread the alert: “Our collaboration is unique as we all cover different aspects of alerting people to the dangers of drugs. Over 75,000 of the Foundation for a Drug-Free World’s Truth About Drugs materials have been shared in the DC area during the pandemic,” said Rev. Taylor. “The materials are free to the community and can also be accessed on our website.”

“The 14 booklets, video documentary and the public service announcement video series entitled ‘They Said… They Lied,’ open people’s eyes to what drugs really are and how damaging they are. The PSAs illustrate how drug pushers, whether criminals or peers, will say anything to get someone to take drugs. Drugs kill. Drugs are poison. We must increase our drug education advocacy programs to reach those most targeted,” concluded Rev. Taylor.

The Foundation for a Drug-Free World is a nonprofit public benefit corporation sponsored by the Church of Scientology and Scientologists all over the world that empowers youth and adults with factual information about drugs so they can make informed decisions and live drug-free.

Through a worldwide network of volunteers, the Foundation for a Drug-Free World has gotten 50 million drug prevention booklets distributed. Tens of thousands of drug awareness events have been held in some 180 countries and the Truth About Drugs public service announcements have been aired on more than 500 television stations. These materials and activities have helped people around the world learn about the destructiveness of drugs so individuals can make their own informed decision not to use them.

They Said, They Lied