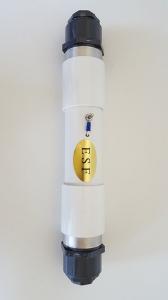 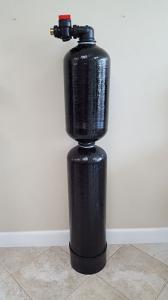 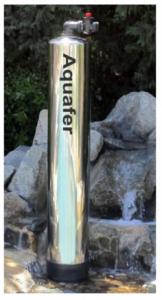 VISTA, CALIFORNIA, UNITED STATES, November 8, 2021 /EINPresswire.com/ — In response to the ongoing drought conditions as well as the overall worldwide shortage of potable water, Dime water has prepared for the imminent release of a vastly improved offering of zero water waste, no salt treatment products.

Since 1995, Dime Water has been an international leader in producing environmentally friendly water purifier products around their patented catalytic-magnetic process. From its inception through 2021, it is estimated that this technology has prevented the loss to drain of 130 MILLION GALLONS of potable water and the discharge of 30 MILLION POUNDS of salt into the environment.

The revised technology will be referred to as Aquafer and ESF 2 POINT O and offers the customer a 20 % longer effective water treatment hardness scale prevention life. Also, in addition to addressing the most common calcium carbonate scale, the revised units will also significantly reduce scaling caused by calcium sulfate, strontium sulfate, barium sulfate, calcium fluoride and calcium phosphate which are particularly important for home and commercial reverse osmosis applications.

The entire process relies on creating microscopic seeds of at least one of the scale forming minerals. For reasons often referred to as phenomena, this encourages formation of seeds of the remaining minerals mentioned. Once accomplished, a strong heterogeneous magnetic field in our products reacts on the microscopic mineral particles which causes them to cluster and not go back into solution. In the clustered form, there is no charge that permits them to cling to surfaces which then eliminates scale.