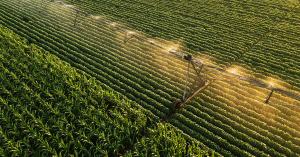 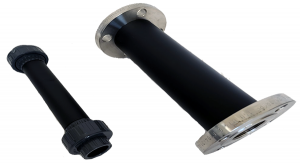 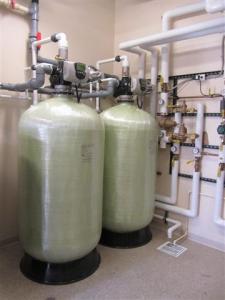 Learn how technology developed by Dime Water Inc. can help improve the way water is utilized in agricultural irrigation and other commercial applications.

VISTA, CA, UNITED STATES, June 18, 2021 /EINPresswire.com/ — According to the U.S. Department of the Interior USGS division, 70% of all fresh water worldwide is consumed in growing crops. Some countries such as Israel, Saudi Arabia and states like California, Florida and the Dakotas, have higher percentages. With drought conditions predicted in 2021 and 2022 for much of the world and the western US in particular, treatment opportunities for water professionals should be significant.

The problem associated with much of the accessible irrigation water is brackishness that slows or stops water from adequately following the xylems (capillary network) in plants. This results in the need to over water and if not over watered, plants and their nutritional value are significantly reduced. Needless to say, this excess water is subtracted from available supplies for homes and industry.

Historically, the brackishness is countered by continued over watering (until sources are exhausted) or by employing R.O. systems which in addition to high capital and operating costs is counterproductive because of waste streams. Much of the World has found relief by employing magnetic devices especially in Russia, Eastern European countries and Israel where resources are scarce. One of the best university studies is available through Research Gate www.researchgate.net/publication/284724980 “Impact of Magnetic Water on Plant Growth” coauthored by Jaime da Silva of Japan and Judit Dobranszki of Debrecan University in Hungary. Typical reported results document water savings in the 10% range which could ease drought conditions by billions of gallons in the US.

All published effectiveness reports on magnetic water treatment for irrigation come up short on the issue of why the process works, which understandably creates skepticism at a professional level. The answer may be found in a recently published research book by Gerald H. Pollack, PhD Engineering titled The Fourth Phase of Water. Numerous and well-documented experiments on the properties of water were carried out by Dr. Pollack and his research assistants at his laboratory at the University of Washington. His work reveals that energy (infrared and EMF) applied to water causes a particular hexagonal structuring of water molecules while simultaneously releasing hydrogen ions that create hydronium (H 3 O) molecules in close proximity water. Further tests in the book postulate enhanced capillary action and a unique look at why this occurs.

We believe that a magnetic field can be the energy that changes the water structure to that described by Dr. Pollack. As an explanation of this phenomenon, think of how an electrical generator works: In its simplest form, an outside energy source such as an engine or a turbine moves a conductor (wire) in an electro magnetic field which results in movement of electrons in the wire which defines electricity. The quantitive expression of this is FARADAY’S LAW or EMF = v x B x L x sin A where:

v = the velocity of the conductor in meters/sec. (Velocity is a vector which must include direction as opposed to speed which doesn’t require a directional component.)

L = length of conductor in meters

A = the angularity of the conductor relative to the magnetic field which defines velocity vs. speed. It is 90 0 in a pipe configuration with magnets on the circumference as most existing systems are constructed. The sin of 90 0 = 1, so it does not affect the voltage value.

In our math modeling of a system, the outside energy to run the “generator” is the water pump feeding the irrigation line, the wire (conductor) is water which of course is conductive unless it is D.I. or distilled water, the velocity is the result of flow rate, length of conductor is the length from in to out of device and field strength is the result of typically permanent magnets along with their type, quantity and placement. By applying the right-hand rule, the positive pole is on the inlet of the device. Knowing the resistance of the water column within the device by either measurement or using a TDS/CONDUCTIVITY CHART resistance can be determined and using OHM’S LAW V=IR with voltage from above I (amps) can be solved for as I = V/R. Finally, we can determine the energy going into the water which is derived from WATT’S LAW P=VI where P = Power in watts, a universal expression of energy. Through algebraic manipulation of ohms law, P in watts can also be expressed as P = I 2 R. Trial calculations show volts, amps and watts in the milli range.

This presentation is an expression of DC (Direct Current) power. Multiple magnet fields will produce a pulsing DC voltage and by axially changing magnetic field polarization from field to field, AC (Alternating Current) power will be produced. Hopefully this presentation will overcome some of the stigma associated with magnets and provide a plausible explanation for their efficacy in agricultural water applications.

We encourage people in the traditional water conditioning industry to align themselves with one of the many suppliers of agricultural magnetic systems. By offering such devices, we believe many millions of gallons of irrigation water can be diverted to residential and commercial uses which is especially important during drought conditions. For further interesting information on water properties, we recommend purchasing and studying Dr. Pollack’s book.

Mike Colburn has a Mechanical Engineering degree and patents in appliances and electronics as well as water products. He has been in the water business since 1968 and since 1994 has been co-owner and chief engineer at Dime Water, Inc. in Vista, CA.