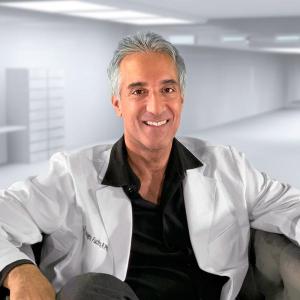 LOS ANGELES, CA, UNITED STATES, June 17, 2021 /EINPresswire.com/ — Here's something you probably haven't considered: fulvic acid. It may, however, give us the answer to bettering brain function, skin tone, and gastrointestinal health.

The active chemical compound aids in the greater utilization and absorption of other nutrients such as probiotics, antioxidants, fatty acids, and minerals by human systems.

Fulvic acid is one of two types of humic acids, which are organic compounds found in soils, rocks, and bodies of water. Spending time outside and coming into contact with soils is a natural way to obtain fulvic acid. When organic plant matter decomposes, millions of beneficial bacteria are liberated, forming fulvic acid. As a result, fulvic acid is high in trace minerals, electrolytes, fatty acids, silica, prebiotics, and probiotics.

Even while you can acquire fulvic acid from nature, many individuals these days rely on dietary supplements to acquire their daily dose of humic acids, especially because we are spending less time outside as a culture.

A fulvic acid supplement may be just what you need to alleviate a range of biological aches & pains, skin nutrient deficiencies, and anything else from constipation to poor cognitive functioning. Before you start rolling around in the mud, think about these advantages.

1. Improves Gut Health
Fulvic acid is rich in nutrients that nourish the digestive system and promote the growth of beneficial microorganisms. The principal benefit of fulvic acid to the human system is intestinal health.

2. Maintains Oral Health
Researchers discovered that a mouthwash containing fulvic acid can prevent gingivitis and other oral illnesses by limiting the growth of disease-causing bacteria.

4. Prevents Alzheimer’s
Shilajit is a classic Ayurvedic medication with a fulvic acid content of 50-60%. Shilajit is a blackish-brown powder found predominantly in the Himalayan Mountains between India and Nepal. Shilajit's fulvic acid was found to be particularly beneficial in boosting memory and avoiding Alzheimer's disease in one study.

5. Fights Inflammation
Fulvic acid has been shown to be anti-inflammatory, which is at the base of many chronic diseases, joint pain, and discomfort.

Benjamin Knight Fuchs is a registered pharmacist, nutritionist and skin care chemist and for the past 35 years has been developing pharmacy-potent skin health treatments for estheticians, dermatologists, and plastic surgeons. "I believe that caring for your skin can be much more than cosmetic," states Ben Fuchs. "I believe that caring for the skin is about the health of the skin. And that’s why I created Benjamin Knight Fuchs, R. Ph. Truth Treatment Systems; to provide topical nourishment for the skin that meets the strictest performance standards."

Ben formulated Truth Treatment Systems because he saw the need for topical treatments that worked with the biochemistry of the skin. Treatments that augmented and enabled dermal processes at the skin cell (not surface) level. Ingredients to activate fibroblasts, normalize keratinocytes, stimulate proteins and enhance the production of extracellular lipids.

Truth Treatment Systems remedies are made with 100 percent active and functional ingredients. They have no fillers, preservatives, waxes, emulsifiers, oils or fragrances. Their ingredients leverage the latest biochemical understandings and utilize proven strategies gleaned from years of compounding prescription skin health treatments for physicians and the most discerning patients