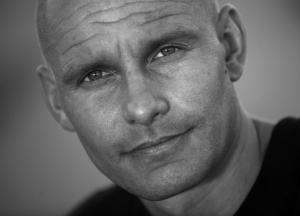 The complaint, filed with the City Court of Copenhagen, alleges that through a series of carefully designed restrictions

UNITED STATES, April 20, 2021 /EINPresswire.com/ — The complaint, filed with the City Court of Copenhagen under case number BS-14788/2021-KBH, alleges that through a series of carefully designed restrictions, Airofit has reneged on its binding commitment to provide Stig Severinsen with an ownership stake in Airofit A/S.

The agreement was originally formed in a binding Letter of Intent and subsequently approved and ratified in a resolution by Airofit’s board of directors. During the pandemic, however, the processing of the share transfer was delayed, and eventually, on 15th February 2021, lawyers from Airofit contacted Stig and his team saying that the shares “were gone.”

“This was so unexpected, and I was completely shocked. This goes against everything I believe in the trust I had in Airofit, its management, and its board of directors” said Stig Severinsen, four-time world freediving champion, multiple Guinness World Record holder and founder of Breatheology®.

“We simply cannot stand by idly and allow Airofit to reap the fruits of our efforts and continue using our celebrity, intellectual property, and our resources to their benefit, without upholding their agreed-upon terms. It’s beyond unethical.”

Only 12 months ago, Airofit was a struggling company with little to no revenue, facing the emerging challenges of the COVID-19 pandemic. Entering into a binding agreement to support the business development efforts of Airofit in exchange for an ownership stake, Stig not only leveraged the credibility of his personal and corporate brands to promote Airofit, but also embedded specialists from his own team within Airofit in order to launch sales on a large scale. Over the last year, several key members have been hired from Stig’s company Breatheology® into Airofit. The efforts have resulted in a significant increase in sales.

“I was ok with my team members joining Airofit since we had a binding agreement and I felt like I was already a shareholder in the company. I was also fine with Airofit benefitting from my name, even investing my own money towards making Airofit a success, along with endorsements, producing viral videos gaining millions of views, and numerous press activities. Our work has been instrumental in the recent growth of Airofit”.

The legal action against Airofit on the grounds of breach of contract will be an uphill battle, given Airofit’s recent success and a board of directors with executives from leading Danish investment institutions and global multinationals. That Airofit CEO Christian Tullberg Poulsen has gone against the express wishes of the resolution of the board of directors, will be noteworthy in the legal case.

● The legal claim, filed on the 15th of April 2021 in the City Court of Copenhagen, Denmark, alleges Airofit A/S, its CEO and board of directors are in breach of contract and substantial unauthorized use of Stig Severinsen’s name, brand and reputation for commercial gain, breaching Danish contract law.

● Airofit A/S has so far denied the allegations and it is now up to the City Court of Copenhagen to decide on the matter.

● Stig Severinsen and Breatheology® are seeking a fair resolution of the dispute and for Airofit to honour its original binding agreement.

Stig Severinsen is a four-time freediving World Champion and was the first person on the Planet to hold his breath underwater for over 20 minutes.

Stig has set multiple Guinness World Records including ‘Longest Breath Held Voluntarily’ (20 min 10 seconds in 2010 and 22 minutes in 2013), “Longest Dive Under Ice” (set under Greenland’s freezing ice caps) and ‘Longest ocean dive on a single breath’ swimming 202.0 metres (The 2020 Dive) in La Paz, Mexico. Stig was chosen as ‘The Ultimate Superhuman’ on the Discovery Channel’s ‘Superhuman Showdown’, when he held his breath for 22 minutes underwater.

With an MSc in Biology and a PhD in Medicine, Stig is the author of Breatheology® – The Art of Conscious Breathing and founder and CEO of the online platform Breatheology.com, founded to raise awareness on the power of breathing and breath-holding for improved health, rehabilitation, performance and stress resilience.

A member of the prestigious (and invitation-only) Explorer’s Club, joining a field of luminaries including the world’s first to reach the South Pole, the North Pole, the deepest point in the ocean, and the first to the surface of the Moon. Stig has consulted and trained the Danish Navy SEALs and the Danish Air Force.

Today, Stig spends his time personally training elite athletes and business leaders, and through his online platform Breatheology.com, works with those looking to improve their breathing, health and decision-making.