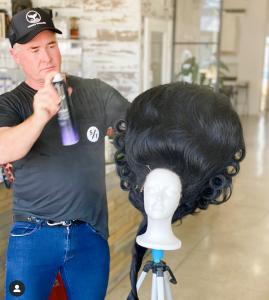 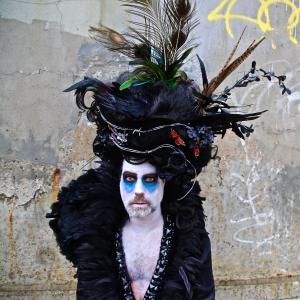 Sean James has been nominated for Local 706 Guild Award for “Best Hair for a TV Commercial or Music Video.

LOS ANGELES, CA, UNITED STATES, February 24, 2021 /EINPresswire.com/ — Celebrity hairstylist and makeup artist Sean James, whose shows include AMC’s “Talking Dead” and NBC’s “The Wall," has been nominated for the esteemed “Local 706 Guild Awards “for “Best Hair for a TV Commercial or Music Video. This is Sean James’s 4th nomination since he joined the Local 706 union five years ago.

"The video was shot at the beginning of the pandemic which was an extremely unique situation as this was the very last day before the first lock down and before any protocols had been created," states Sean James. "We were using masks and face shields even before this was a decided protocol. We were also a skeleton crew. In fact, I also did the still photography and the makeup for the video as well."

Local 706 was founded in 1937 by receiving its charter from IASTE, the International Alliance of Theatrical Stage Employees . By joining together, the organizations were able to change conditions and develop a safe workplace, one in which we are paid a decent salary with benefits that are envied by many outside the Union.

James has received the nomination voted by his piers for his hair work on Rufus Wainwright’s video “Devils and Angels “,which was released in French and English versions. Rufus’s final complete look was to portray an apocalyptic fallen angel. It couldn’t have been a more relevant theme for the song. It seems Sean also lucked out for this look, as the weather certainly was in sync and the video was shot on the stormiest day of 2020. The video premiered July 9, 2020.

Sean has been praised from numerous of his friends and colleagues on this recent achievement. Sean's longtime friend and client, Jamie lee Curtis, had congratulated him on his nomination on her Instagram. Rufus himself also posted about the nomination on his Instagram. The success has been going around as Rufus is also nominated for a Grammy for the genius album ”Unfollow the rules”.

Take a journey through over 20 years of Rufus Wainwright’s music from the comfort of your living room in “A Rufus-Retro-Wainwright-Spective” an 18-show series of live-stream concerts from Rufus’s home in Laurel Canyon as he performs his entire studio discography in chronological order, starting with his 1998 self-titled debut on October 9th, 2020.

Check out the music video here.

Sean James is also releasing his second lifestyle sanitizer spray, “Coast is Clear", from his beauty line “Beach blvd” and can be pre ordered now at https://www.beachblvd.co/.

Check out Sean’s latest work and book appointments through his Instagram: https://www.instagram.com/seanjameshair/?hl=en