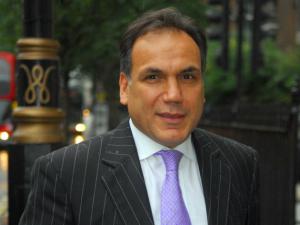 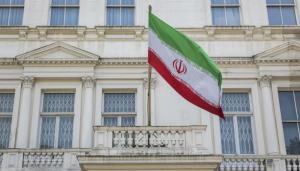 “It’s no surprise that the Islamic Government of Iran is lying to its people and the rest of the world about the corona virus pandemic in Iran."

LOS ANGELES, CA, UNITED STATES, August 7, 2020 /EINPresswire.com/ — Iran tried to cover up the extent of its coronavirus outbreak by keeping nearly two-thirds of the country’s deaths secret, according to a data leak obtained by BBC News. Government records reportedly show that nearly 42,000 people have died with COVID-19 symptoms—but the health ministry has only reported around 14,000.

Prominent Attorney, Sean Mireskandari is not surprised by the lies and is once again voicing his concerns, calling out the Islamic Government. “It’s no surprise that the Islamic Government of Iran is lying to its people and the rest of the world about the corona virus pandemic in Iran. That’s what they do best. I believe that the number of deaths due to the Corona Virus are even higher,” states Mireskandari.

The number of people confirmed to be infected are almost double what the government said it was: 451,024 rather than 278,827. Even those dubious official numbers make Iran the worst-hit in the Middle East, but the leaked numbers show the outbreak was far worse than the government has tried to claim. The data also reportedly shows that first COVID-19 death in Iran was recorded on Jan. 22, a month before the first official case of the coronavirus was reported by the government. The BBC’s unnamed source said they wanted to “shed light on truth” and end “political games” over the pandemic.

“The country has been suffering from corruption and mismanagement by the theocratic government for over 40 years, which has contributed to the staggering number of deaths,” continues Mireskandari. “There is no proper health system in the country, the government give false hopes and ask its citizens to fight the corona in the most disgraceful way, such as if you pray it will cure you.”

“The Islamic Republic of Iran's corrupt government has bled the country dry, stole billions of dollars and has sold most of its assets, it does not care about the country and its people and even now does not care whether the coronavirus is contained or not. The government looks for ways to blame the USA for everything and again this is another example of the Islamic Republic using a disaster as a propaganda tool for its own benefit no matter what the repercussions are for its people,” concludes Mireskanari.

Mireskandari just wants the best for the people of Iran, so earlier this year he started to raise money to buy 80 million vaccines and give it to the Iranian people for free through his organization, Vaccine Without Borders. He has also hired the Sandler Reiff law firm in Washington, DC, to deal with the US Government and make sure that the group is not violating any sanctions. Mireskandari has also contacted the Minority Groups of Iran such as the Kurds, Baluchi’s, Sunni Arabs, and other minorities as well as the religious minorities in Iran such as Jews, Armenians, Sunnis, Zoroastrians, and Bahai’s to aid in getting the vaccines to their people. Vaccines Without Borders are taking an initiative to aid everyone by making the vaccines free of charge. Any and all funds raised will be paid directly to charities or directly to pharmaceutical companies. Sean Mireskandari is a U.S. citizen who studied law in the U.S. and the United Kingdom and became one of the most highly acclaimed, prominent lawyers in England. With such power, Mireskandari is here to be a force for good of the people and call out those who aren’t.