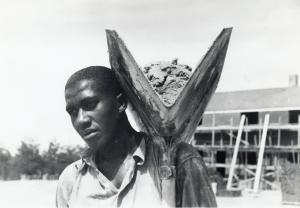 Psychiatrists even labeled Black slaves who wanted to run away from their captivity with “Drapetomania” which comes from “drapetes” a runaway slave and “mania” meaning crazy. The recommended treatment for this disorder was, “whipping the devil out of them

The Citizens Commission on Human Rights is a non-profit mental health watchdog dedicated to the eradication of abuses committed under the guise of mental health. 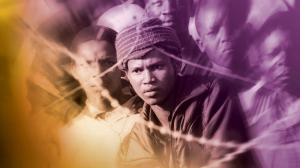 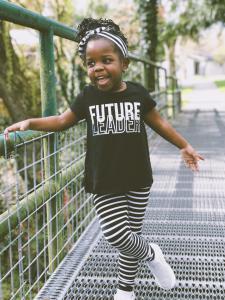 370,000 U.S. toddlers are currently being drugged with a variety of psychiatric drugs including ADHD drugs, antipsychotics, anti-anxiety drugs and antidepressants, along with 274,000 0-1 year olds.

In the U.S., African-American and Hispanic children in predominantly white school districts are classified as “learning disabled” more often than whites.

From apartheid to experiments on minorities in the United States, the most brutal racists were inspired by psychiatric based eugenics, which justified injustice and inhumanity to millions.”
— Diane Stein, President CCHR Florida

CLEARWATER, FLORIDA, UNITED STATES, January 28, 2020 /EINPresswire.com/ — The Florida chapter of the Citizens Commission on Human Rights (CCHR) is hosting a month-long Open House at their center, located at 109 N. Fort Harrison Ave in downtown Clearwater, in order to raise awareness on the truth behind racism beginning February 1st for Black History Month.

The Open House, themed “Is Racism Alive Today?” will shed light on why in the United States, African-American and Hispanic children in predominantly white school districts are classified as “learning disabled” more often than whites. And how this labeling leads to millions of minority children being hooked onto prescribed mind-altering drugs. [1]

From apartheid in South Africa to the Ku Klux Klan and experiments on minorities in the United States, the most brutal racists were inspired by eugenics, which justified injustice, inhumanity and denial of human dignity to millions. The driving force behind eugenics was Benjamin Rush, the “father of American psychiatry”, who declared that the color of “Blacks” was caused by a rare, inherited disease called “negritude,” derived from leprosy. The only evidence of a “cure” was when the skin color turned white. Psychiatrists even labeled Black slaves who wanted to run away from their captivity with "Drapetomania" which comes from "drapetes" a runaway slave and "mania" meaning crazy. The recommended treatment for this disorder was, "whipping the devil out of them". [2]

The term “eugenics” meaning “good genes” was invented in 1883 by an English psychologist named Francis Galton who said the idea that people are of equal value is “undeniably wrong and cannot last,” and insisted that any charity to the poor and ill should require that they agree to abstain from having children.

Further, in 1923, J.T. Dunston, a British psychiatrist and South Africa’s Commissioner of Mental Hygiene, claimed, “…the native, even of the best tribes, possibly belongs to a race which is mentally inferior to ours.”

Then in the 1950s, psychologist Lewis Terman claimed that “Mexicans, Indians and Blacks” should never be allowed to have children. At the same time, well-known eugenicist Margaret Sanger, the founder of Planned Parenthood, endorsed sterilization as the “cure” for racial inferiority.

Documented examples of such “scientific” evaluations have been released repeatedly up to recent times. Yet today, a search brings up scores of promotional messages from U.S. mental health groups, exhorting minorities to ignore the “stigma” associated with mental treatments.

Since 1969, CCHR has worked in the field of human rights and mental health reform, and has investigated the racist influence of the “mental health” professions on the Nazi Holocaust, apartheid, the cultural assault of the Australian Aboriginal people, New Zealand Maoris and Native American Indians, and the current discrimination against Blacks across the world. Psychiatry and psychology’s racist ideologies continue to light the fires of racism locally and internationally to this day. This Open House is being held to raise awareness among individuals about this harmful influence. Not only can racism be defeated, but it must be, if man is to live in true harmony. To learn more please call (727) 442-8820.

About CCHR: Initially established by the Church of Scientology and renowned psychiatrist Dr. Thomas Szasz in 1969, CCHR’s mission is to eradicate abuses committed under the guise of mental health and enact patient and consumer protections. L. Ron Hubbard, founder of Scientology, first brought psychiatric imprisonment to wide public notice: “Thousands and thousands are seized without process of law, every week, over the ‘free world’ tortured, castrated, killed. All in the name of ‘mental health,’” he wrote in March 1969. For more information please visit www.cchrflorida.org.

CCHR: What We Believe