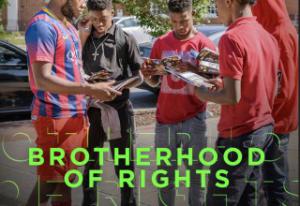 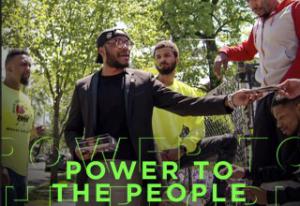 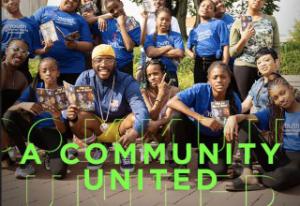 As a youth minister, Travis now dedicates himself to safeguarding and educating young people to help them make better life choices 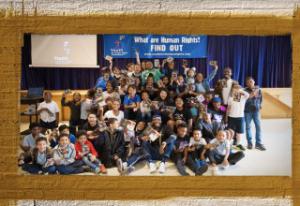 Preaching human rights as gospel and the means to leading a life free from drugs, crime and violence

VOICES FOR HUMANITY airs Wednesdays at 8 p.m. ET/PT on Scientology Network and is available on demand at Scientology.tv.

In Washington, D.C., the murder rate escalated 38 percent in a single year, equating to five killings every single week in one of the city’s worst wards. Travis Ellis, minister and youth advocate, works to counter those numbers with human rights education across D.C.’s lowest-income and highest-crime areas.

A native of Washington, D.C., Travis Ellis was raised by a single mother in Ward 8. At the age of 14, he became involved with drugs and crime, living a life on the edge. After an accident left Travis on the brink of becoming yet another D.C. statistic, he found purpose for his life and miraculously recovered. Travis left the hospital with a mission to help his community. As a youth minister, Travis now dedicates himself to safeguarding and educating young people to help them make better life choices. Preaching human rights as gospel and the means to a life free from drugs, crime and violence, Travis makes miracles happen every day.

The show is available on demand at https://www.scientology.tv/series/voices-for-humanity/travis-ellis.html.

The Scientology Network debuted on March 12, 2018. Since launching, the Scientology Network has been viewed in 240 countries and territories in 17 languages. Satisfying the curiosity of people about Scientology, the network takes viewers across six continents, spotlighting the everyday lives of Scientologists, showing the Church as a global organization and presenting its social betterment programs that have touched the lives of millions worldwide. The network also showcases documentaries by independent filmmakers who represent a cross-section of cultures and faiths, but share a common purpose of uplifting communities.

Broadcast from Scientology Media Productions, the Church’s global media center in Los Angeles, the Scientology Network can be streamed at Scientology.tv and is available through satellite television on DIRECTV Channel 320, mobile apps and via the Roku, Amazon Fire and Apple TV platforms.

💪🏿Travis Ellis grew up on the streets of Southeast Washington, D.C. and into a life of crime and drugs. But after a brush with death, he turned his life around and became a passionate advocate for human rights on a mission to help others.📲WATCH Travis' 'Voice For Humanity' episode on-demand at https://qoo.ly/zzj6j6 or Roku, fireTV, AppleTV, and bit.ly/GetTheMobileApp.