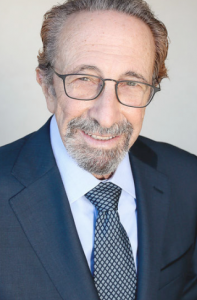 Immigration has people fired up all around the country, but nobody was offering thought leadership that could actually bridge the emotional divide and bring people together toward consensus.”
— Mark Jason

MALIBU, CALIFORNIA, USA, May 15, 2019 /EINPresswire.com/ — A new biweekly podcast called “Perspectives on Immigration Reform” is bringing a balanced and intelligent perspective to one of the most hotly debated topics in society. The podcast’s first six episodes are available via Apple Podcast and PodBean. You can listen to the podcast episodes HERE.

“Immigration has people fired up all around the country, but nobody was offering thought leadership that could actually bridge the emotional divide and bring people together toward consensus,” said Mark Jason, founder of the Malibu, California-based Immigrant Tax Inquiry Group (ITIG).

ITIG believes polarization has defined — and distorted — the nation’s thinking about immigration reform for far too long. The “Perspectives on Immigration Reform” podcast provides fresh insights, ideas and information while offering a balanced vision to help mitigate many of the concerns Americans have with our nation’s broken immigration system.

Hosted by ITIG spokesperson Sean O’Neill, the podcast features guests representing a full range of viewpoints, who provide a deeper understanding of both the policy side and the human side of immigration. Guests include political figures, nonprofits and advocacy groups, as well as engaging authors and thought leaders.

The podcast springs from the same spirit of balance and helpfulness that led to ITIG’s founding and the development of its vision for addressing immigration reform. Over the past eight years, ITIG has refined its immigration reform model to incorporate input from elected officials, their staff members, other think tanks and non-governmental organizations involved in various aspects of immigration.

ITIG’s model enhances most other proposals by dealing with the realities of funding the effects of our broken immigration system. It affords accountability and fairness to U.S. taxpayers, immigrants and employers. For details on the model, visit ImmigrantTaxGroup.org.

About Immigrant Tax Inquiry Group
Immigration Tax Inquiry Group (ITIG) is a not-for-profit, non-partisan and privately-funded organization that is dedicated to breaking the persistent gridlock that has left America’s immigration policy in a state of philosophical and political paralysis. The group was created on the core principle that immigrants and those who employ them should be part of the solution. Mark Jason, Founder & CEO of the Immigrant Tax Inquiry Group, is a former Special Agent for the Internal Revenue Service. He served as a budget analyst for the California State University System, and as a consultant for the Mexican government.