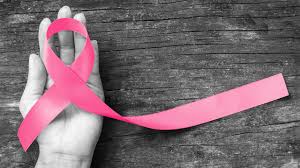 MISSION, TEXAS, USA, April 16, 2019 /EINPresswire.com/ — Cancer which forms in the cells of the breasts, breast cancer can occur in women and, more rarely, in men, according to oncology specialist Dr. Eugenio Galindo as he reveals more about crucial breast cancer risk factors and the disease in general.

"Breast cancer is still routinely being diagnosed in the United States with more than 200,000 new cases found per year," reveals Dr. Galindo, an internal medicine, oncology, and hematology specialist.

Symptoms of the disease can include a lump in the breast, bloody discharge from the nipple, and changes in the shape or texture of the nipple or breast, according to the expert who's primarily located in Edinburg, Texas, serving those in the Rio Grande Valley and surrounding areas. While breast cancer can, he says, sometimes exhibit no outward, immediate symptoms, people may also experience discomfort, an inverted nipple, or non-bloody nipple discharge, as well as redness or swollen lymph nodes.

Risk factors, meanwhile, Dr. Galindo reveals, may be divided into preventable and non-preventable examples. "The study of risk factors for breast cancer belongs in the field of epidemiology," says the physician, "with the disease, like many other forms of cancer, often resulting from multiple environmental and hereditary risk factors."

Non-preventable risk factors include age, sex, a family history of the disease, or the presence of breast cancer-causing gene mutations.

Preventable risk factors, on the other hand, are understood to include alcohol and fat consumption, low vitamin and calcium intake, and diet more generally. "Obesity, a lack of exercise, and hormone levels can all contribute toward an increased risk of developing breast cancer," reveals Dr. Eugenio Galindo, "while smoking is also associated with a small increase in breast cancer risk."

"Treatment depends," he goes on to explain, "on the stage of cancer and may consist of chemotherapy, radiation, surgery—such as a lumpectomy or mastectomy—or a combination of two or more of these or other treatments."

"Early diagnosis is critical in successfully treating breast cancer," Dr. Galindo adds, wrapping up, "which is why it's so important to understand the risk factors for the disease, and to be vigilant of the symptoms."

Dr. Eugenio Galindo is an experienced physician specializing in hematology and oncology, internal medicine, and medical oncology. Certified in medical oncology through the American Board of Internal Medicine, Dr. Galindo has served in the Rio Grande Valley for almost 30 years. The medical director for McAllen Oncology, he completed his fellowship at the University of Texas M.D. Anderson Cancer Center and is an active participant in bringing the latest in cancer treatment and screening to the southernmost tip of South Texas. Fluent in English and Spanish, Dr. Galindo has also authored several influential medical publications on the subject of oncology.