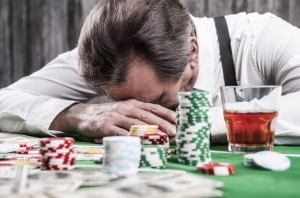 Ventura, California's Rocio Moustafa takes a closer look at the consequences of gambling addiction in the United States.

"Gambling addiction is capable of ruining friendships and tearing whole families apart," reveals Moustafa, an expert on the various maladaptations related to mood, behavior, cognition, and perception, currently based in the popular coastal city of Ventura, California.

"Psychological addictions, including addictions to gambling, are more emotional, and symptoms often present as anxiety, irritability, restlessness, insomnia, social isolation, and an inability to concentrate," she reveals.

These, Ventura-based Moustafa suggests, may lead to secondary physical symptoms including tightness in the chest, a racing heart, sweating, tremors, and nausea. "Another psychological symptom is severe depression which, in turn, has its own consequences, from the breakdown of marriages to job losses and severe debt," the expert adds.

Gambling addiction has also been demonstrated to have community-wide effects in areas where the issue is particularly prevalent, including—in addition to increased rates of unemployment—increased alcohol and drug abuse, fraud and check forgery, bankruptcy, and homelessness.

A recent report carried out by the North American Foundation for Gambling Addiction Help suggests that as many as 10 million adults in the United States have some form of gambling addiction, equivalent to around 2.6% of the total population. Another study undertaken by the organization, meanwhile, reveals that compulsive betting behavior in the U.S. today translates into a cost of approximately $6 billion per year, resulting in a significant impact upon the nation's economy and its citizens.

"Not everyone who partakes in gambling has a problem or a serious dependency, of course," points out Moustafa, "with many playing sensibly and for fun, and to feel a little risk."

"Unfortunately, however," she adds, wrapping up, "for other individuals, such forms of entertainment can lead to an illness which must be taken seriously and treated in much the same way as drug or alcohol addiction."

Rocio Moustafa is based in Ventura, a California coastal city northwest of Los Angeles and famed for its beaches, surfing, windsurfing, and long, wooden pier. Further to her in-depth knowledge of gambling addiction and its consequences, Moustafa's other areas of expertise include bipolar disorder, manic depressive disorder, insomnia, and various other sleep disorders.