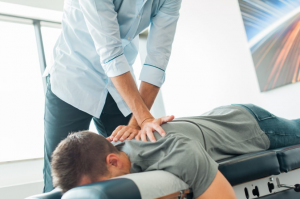 Primary care provider Dr. Scott Zack offers a closer look at the practice of chiropractic medicine, its benefits, and its history.

BLOOMFIELD HILLS, MICHIGAN, UNITED STATES, February 12, 2019 /EINPresswire.com/ — Concerned with the diagnosis and treatment of mechanical disorders of the musculoskeletal system, chiropractic medicine is a form of alternative therapy centered predominantly around the spine. Proponents and practitioners, such as Dr. Scott Zack, suggest that chiropractic manipulation is highly effective, particularly in regards to pain relief and improving or restoring mobility in those affected by the numerous complaints addressed by chiropractic care. These are said to include lower back and sciatic nerve pain, headaches, extremity conditions, whiplash, and other neck pain, among various other afflictions.

Contrary to popular belief, while disorders of the musculoskeletal system are not known to affect general health via the nervous system, or through vertebral subluxation, the practice of chiropractic spinal manipulation therapy is understood to be highly effective in the treatment of back and neck pain.

"Spinal manipulation is both an effective and inexpensive treatment for subacute or chronic lower back pain," reveals Dr. Zack, "as well as more acute lower back and neck pain complaints."

Chiropractic medicine is well established in the United States, as well as in Canada and Australia. Overlapping other forms of manual therapy, such as physical therapy and osteopathy, the vast majority of those who seek chiropractic care do so for pain in the lower back, according to Dr. Zack.

"Back pain, in particular, is considered the specialty of many chiropractic practitioners," the primary care provider reveals, "although most chiropractors also treat additional ailments tied to the musculoskeletal system."

While early proponents of chiropractic medicine emphasized so-called 'vitalism,' and 'innate intelligence,' considering vertebral subluxations to be a major cause of numerous diseases and other ailments, modern practitioners, such as Dr. Scott Zack, often take a more mainstream view. Current practitioners, he says, typically borrow heavily from conventional medical techniques focused, for example, around massage, ice therapy, and general exercise.

Founded in the 1890s by Daniel David Palmer, an avid proponent of alternative medicine, chiropractic medicine was expanded upon by his son, Bartlett Joshua Palmer, who in the early 20th century became known as the 'developer' of the practice.

In more recent years, chiropractic medicine has had a strong political base and has experienced sustained demand for services. Today, the practice has gained added legitimacy and more widespread acceptance from conventional physicians and healthcare providers, especially in the United States.

"In the U.S., most insurers now cover chiropractic care," adds Dr. Scott Zack, wrapping up, "with the majority of health maintenance organizations today encouraging a variety of chiropractic services."