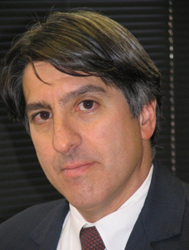 TBI attorney David Klibaner urges athletes and parents to make sure it is safe for a student athlete to go back on the field after suffering from a concussion.

If you’ve had a traumatic brain injury, the worst thing to do is have another one close in time.”
— Denver attorney David Kilbaner

DENVER, COLORADO, US, October 10, 2018 /EINPresswire.com/ — It’s football season, and TBI attorney David Klibaner urges athletes and parents to make sure it is safe for a student athlete to go back on the field after suffering from a concussion. He cautions that the tests performed on the field may not be enough to fully diagnose a traumatic brain injury (TBI).

He said that while there is a standard assessment for concussions that a coach will perform after a player takes a hit, this often doesn’t go far enough in diagnosing a potential brain injury. He says that he’s seen a number of cases where parents and athletes have filed suit because the coach put the player back on the field too soon. Since a brain injury puts the brain in a fragile, vulnerable state, any additional injury will cause exponentially worse damage.

“If you’ve had a traumatic brain injury, the worst thing to do is have another one close in time,” Klibaner said.

The Centers for Disease Control estimate that 1.5 million people in the U.S sustain a traumatic brain injury every year. Klibaner says that potential victims need neuropsychological testing and a formal screening. He says that football coaches are not the only ones who often overlook a serious injury – many hospitals overlook the signs, too.

“The tests done in hospitals often miss the signs of a brain injury,” he said. “The symptoms, ranging, for example, from concentration problems, difficulty focusing on work, to fatigue, balance problems, and noise sensitivity are often thought to be caused by pain or psychological issues when they are actually the result of a traumatic brain injury.”

Additional symptoms include nausea, vomiting, headaches, dizziness and confusion. Symptoms often appear within the first 24 hours of the injury, but can sometimes take days or weeks to appear.

If you have those symptoms and suspect that you may be suffering from an undiagnosed brain injury, contact a doctor right away. If you have a brain injury, consult with an attorney to learn about seeking compensation for medical bills and ongoing costs.
David Klibaner of the Klibaner Law Firm can be reached at 888-593-1295. 303.863.1445

What Do You Need to Know About Traumatic Brain Injuries?