Over 32,000 children were sent for involuntary psychiatric examination in 2016 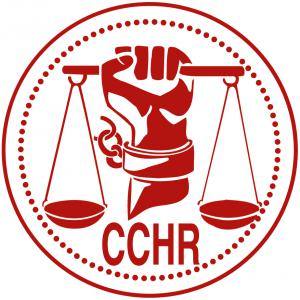 CCHR Florida is a non-profit mental health watchdog that exposes human rights violations and is dedicated to the protection of children.

We are determined to ensure that Florida’s children are protected from the abusive use of the Baker Act and that parental rights are restored in this state.”
— Diane Stein, President CCHR Florida

As a mental health watchdog, CCHR receives daily complaints from Floridians who have been sent for involuntary psychiatric examination under the mental health law, known as the Baker Act, and on behalf of these victims of abuse, CCHR has filed thousands of complaints with the applicable state agencies as well as Florida lawmakers.

According to the Annual Baker Act report, 194,354 people were sent for involuntary psychiatric examinations during fiscal year 2015/2016 and 32,475 of them were children. This figure has more than doubled since 2001 and recent media reports are confirming the fact that specifically the number of children being Baker Acted is on the rise.

“In 2017 steps were taken by lawmakers to address the abusive use of the Baker Act when dealing with children but the problem is not solved and we are determined to ensure that Florida’s children are protected,” said Diane Stein, President CCHR Florida.

Since launching a campaign to end the Baker Acting of children without parental knowledge, CCHR Florida has educated 160,000 families on their rights in addition to expanding their Abuse Case Documentation area to ensure that each actionable case of human rights violations is fully documented and a complaint filed with the proper authorities.

Victims of psychiatric abuse, as well as their friends and family, are encouraged to call CCHR at 800-782-2878, to fill out an abuse case report form on the CCHR website or to come into the center at 109 N. Fort Harrison which is open seven days a week. The assistance provided by CCHR is free of charge. For more information please call 727-442-8820 or visit www.cchrflorida.org.

About CCHR:
Initially established by the Church of Scientology and renowned psychiatrist Dr. Thomas Szasz in 1969, CCHR’s mission is to eradicate abuses committed under the guise of mental health and enact patient and consumer protections. It was L. Ron Hubbard, the founder of Scientology, who brought the terror of psychiatric imprisonment to the notice of the world. In March 1969, he said, “Thousands and thousands are seized without process of law, every week, over the ‘free world’ tortured, castrated, killed. All in the name of ‘mental health.’”

Most parents do not know that their child can be Baker Acted, from school grounds, to a psychiatric ward without their permission – learn your rights!